Businessman buys photograph of a potato for €1m 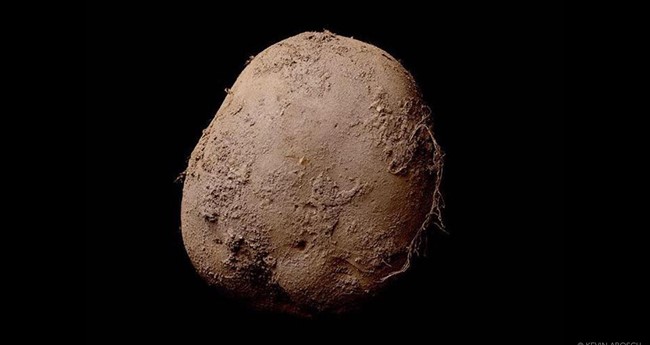 Kevin Abosch, 46, confirmed he had sold the photograph of an organic potato shot on a black background to an unnamed European businessman.

The photograph, which was taken in 2010, sits alongside shots of Steven Spielberg, Michael Palin, Facebook’s Sheryl Sandberg and Malala Yousafzai in the sought-after photographer’s portfolio.

Mr Abosch’s portraits are typically commissioned for at least £200,000.

There are three versions of the potato print in existence - one belongs in his private collection, another was donated to an art museum in Serbia and the third was sold to the unnamed businessman.

He told the Sunday Times: “It’s not the first time that someone has bought the art right off my wall.

“We set the price two weeks later. It is the most I have been paid for a piece of work that has been bought [rather than commissioned].”

The Irish photographer’s trademark portraits on a black background have been highly sought after among the rich and famous - last week he was invited to the World Economic Forum in Davos.

Mr Abosch said he is not sure what happened to the potato in question - called Potato #345 - as he photographed many for a special series.