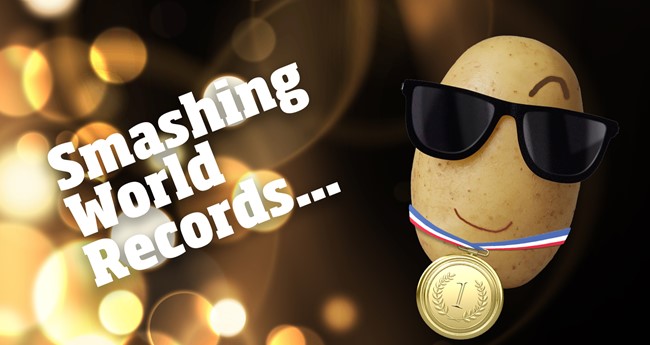 There’s a world record for everything these days – whether you’re attempting the longest time stood on a chair or jumping from the highest peaks on a bungee cord, getting in the record books is an honour that many try to achieve.

It really got us thinking; if there’s a world record for everything, surely potatoes have had their share of triumphs? Well, we were right! It seems that spuds have indeed made the news a few times, so let’s take a look!

The heaviest potato in the world

It seems that a few people have tried to claim that their potato is the biggest, but only a few have been officially confirmed by the Guinness Book of Records.  In September 2010, Peter Glazebrook of Nottinghamshire grew a titanic potato that weighed just under 4kg, putting his spud in the top spot. It seems he is no stranger to large veggies and currently holds the record for the heaviest parsnip and the longest beetroot. What is he putting in that soil?!

Most mashed potato eaten in 30 seconds

Now we love mash as much as the next person, maybe even a little bit more but we can’t help but wonder why someone would attempt this record. Back in 2014 a fellow named André Ortolf in Augsburg, Germany decided he would see how much mash he can nosh in 30 seconds. Well, it turns out that he managed to chow down an impressive 348g in half a minute which is currently the world record. We don’t know if anyone is going to try and top that, but if they do they might want to get the lumps out first.

Another marvellous mash record was achieved in 2015 by the aptly-named ‘potato posse’ who took it upon themselves to make the largest serving of mashed potatoes at Binghamton University, New York. After 10 hours of peeling and boiling a whopping 2,641 pounds of mashed potatoes was served up, beating the record set by two French nationals in 2012. Now all we need is some bangers!

Who likes potato salad? Well, a food manufacturer based in Latvia served up a potato salad that weighed a monumental 3,266 tonnes, containing more than 500kg of mayonnaise, 940 kg of boiled potatoes, 6000 boiled eggs and other ludicrously high ingredient levels. That would make for one epic picnic, that’s for sure.

Seems like a lot of people are getting in the books with spuds! Are you next?

Check out our healthy recipes 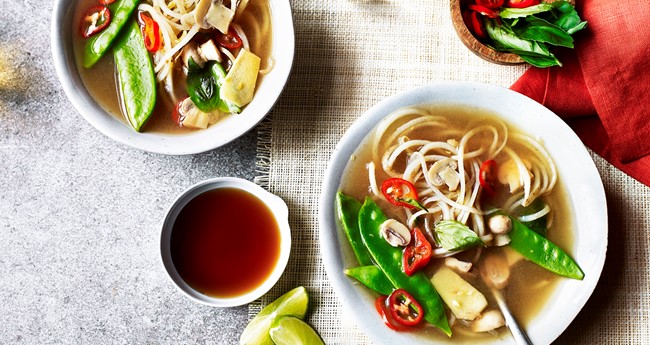 Potatoes can be part of a healthy, balanced diet, especially when eaten with the skin on. They’re a source of fibre and potassium and are naturally fat-free. Try these delicious, simple and modern potato recipes featuring important nutrients for a healthy lifestyle.

The humble spud is not quite as humble as you may think when it comes to nutrition.

In fact, they’re pretty amazing! Potatoes pack quite a nutritional punch, seeing as they are naturally fat-free, a great source of fibre, source of potassium, salt free, low in sugar and naturally saturated-fat free.