Potatoes in a vegetarian diet

A look into the role of potatoes in a vegetarian diet.

Vegetarianism is taken up by individuals for many reasons. Some are abiding to their family traditions, religions, moral and ethical views, whereas others are looking to take up a healthier lifestyle.

Potatoes can play a great role in a vegetarian diet for both culinary and nutritional purposes. Their versatility allows vegetarians to create tonnes of recipe ideas using the delicious consistencies and meal types that potatoes have the capability of bringing to the table. Many creations can be found in Love Potatoes’ vegetarian recipes section. They also contain a great volume of nutrients and minerals including potassium, vitamin B6, vitamin C, folate and copper & zinc. In fact, some of the greatest deficiencies in vegetarians and vegans are in iron and zinc, both of which are offered in the skins and flesh of the potato – children gain a larger volume of folate, iron, magnesium, potassium and vitamin C, B1 and B6 than most ‘superfoods’ (avocados, bananas, beetroot).

Discover more about the nutritional value of potatoes in our health section, head to potato nutritional information and health and nutrition.

Contrary to popular perception, the potato is, in fact, an incredibly nutritious ingredient in its raw form – it’s the cooking processes which we put them through which forces many to regard them as unhealthy; for example, many of us link the spud to fast foods such as chips and crisps. However, many potato recipes on Love Potatoes highlights that there is a lot of room for potatoes in healthy meals – check out our healthy recipes for some prime examples (some of these recipes aren't vegetarian).

You only have to look at history to see the impact potato has had on many people's survival, it played a massive role in the diets of ancient settlements in South America; many civilisations grew and survived due to the successful growth of potatoes and maize in the mountainous regions. It remained a faithful food to the civilisations which changed and morphed around these areas until the Spanish invasion in the 16th century which saw the introduction of potatoes to Europe. Find out more on the spud’s amazing journey through time in our history of the potato page.

With the absence of meat in a vegetarian diet, a huge protein shaped hole is left. Although switching to a vegetarian diet can be perceived as becoming healthier, it is also key to maintain a balanced diet and make sure you a properly fuelled with protein. Fortunately, potatoes work incredibly well in the presence of many vegetarian foods full of protein including pulses, beans, nuts, eggs and lentils. Starchy foods are also an important part of a balanced diet, they are a good source of energy and calcium, iron, fibre and vitamins – therefore, foods such as potatoes, cereals, rice, pasta and bread should make up roughly a third of the food you consume on a vegetarian diet.

Head to the Love Potatoes vegetarian recipes category to discover some inspiring and delicious ideas which can be cooked up with ease and speed. 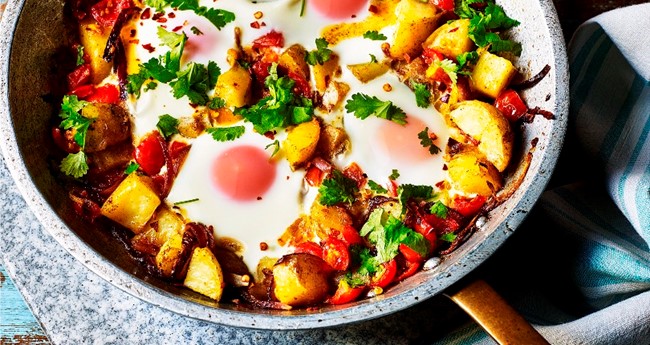 Flavourful, colourful and incredibly nutritious, our meat-free recipes are perfect for spicing up your mid-week meal. Discover our delicious selection of recipes below and prepare to be inspired! 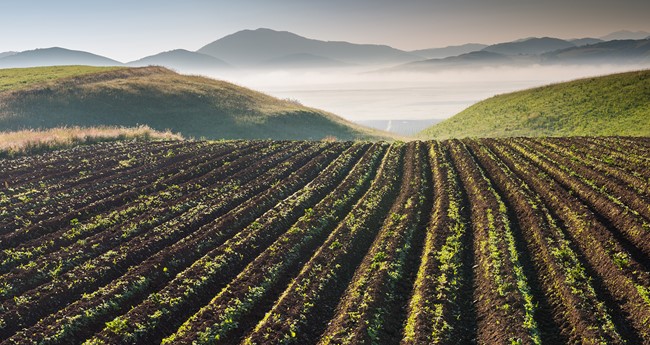 Explore the many varied health and nutrition benefits of potatoes in this section.