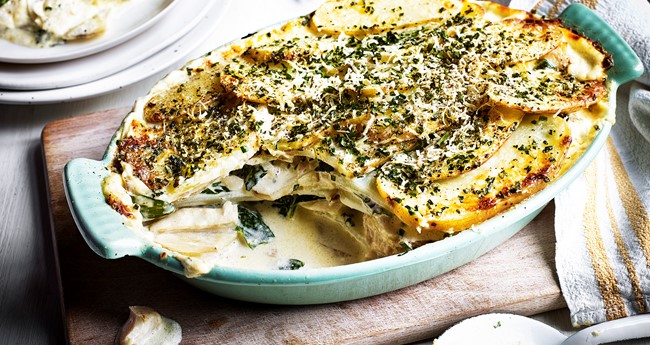 To blanch the potatoes:

Place a large bowl of ice-cold water on the kitchen counter. Add the potatoes to a pan of water then bring the water to a boil. Reduce heat to a fast simmer, checking potatoes periodically. Cook for around 8 minutes until soft and check with a knife. Remove from heat, drain and plunge potatoes into the bowl water. Leave potatoes until cool to touch and slice.

To make the gratin:

Rub the inside of a gratin dish with garlic then layer with the sliced potato then a layer of fish and spinach, season and sprinkle over a pinch of nutmeg, pepper and chives. Season each layer as you go until you reach the top of the dish, finishing with a layer of potato.

Pour the cream, butter and garlic clove into a saucepan, season a little, bring to just under the boil then turn off the heat. Remove the garlic clove then pour over the gratin.

Cover the top with the parmesan and chives and bake for 20 minutes until golden. 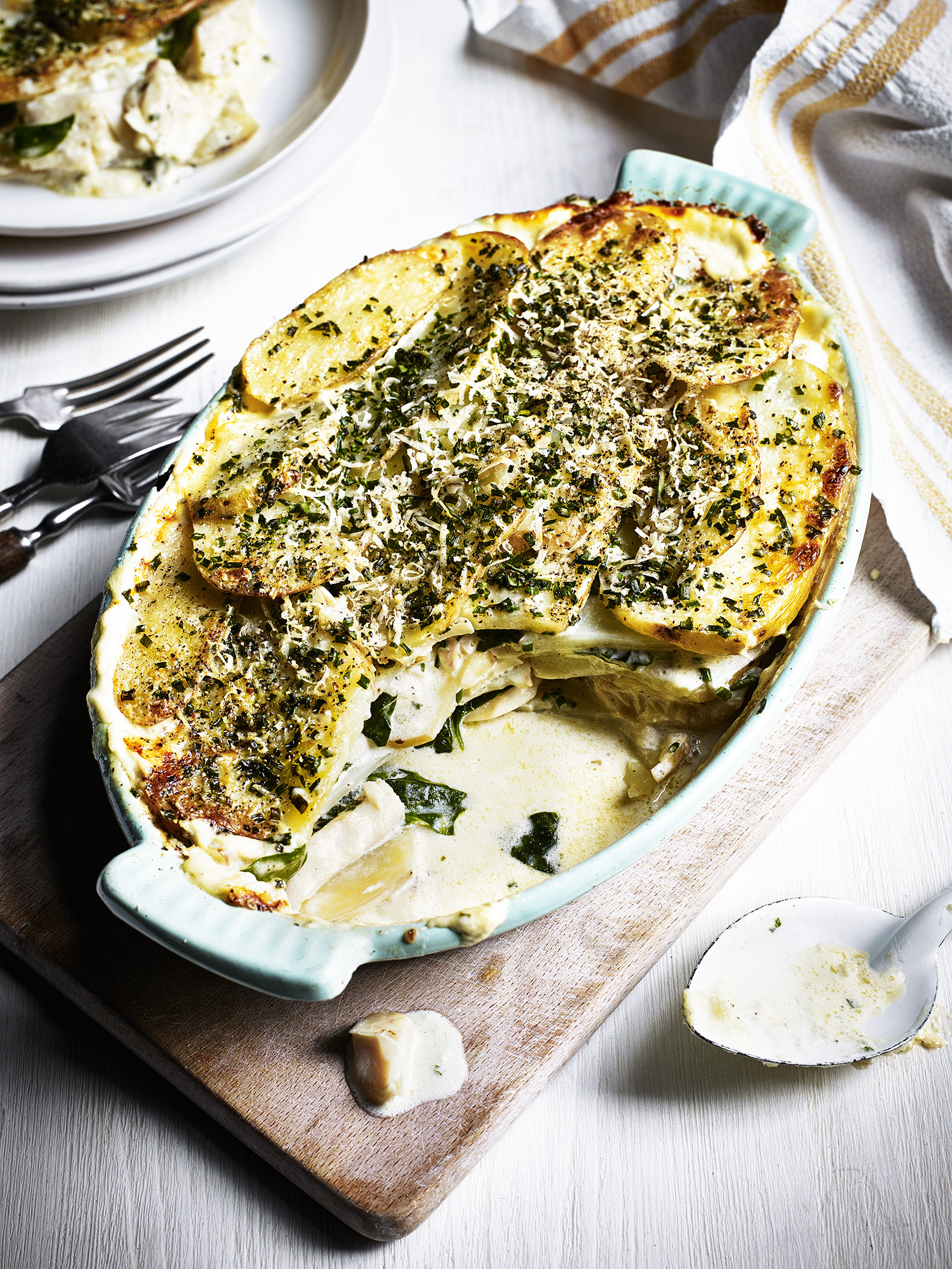 A handful of spinach

A clove of garlic, peeled 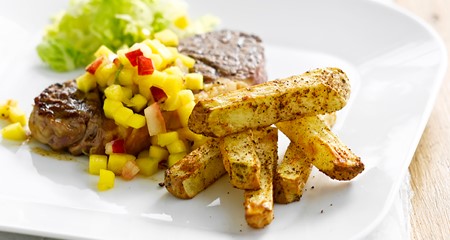 The perfect fluffy, chunky cut chips with a delicious steak, topped off with a fruity salsa, perfect with the cajun seasoning.  What better way to impress? 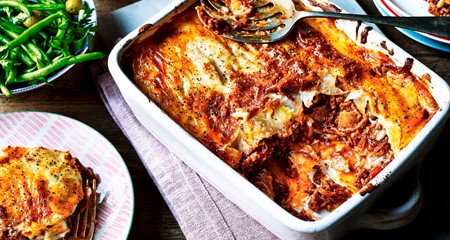 Moussaka is the ultimate Greek comfort food, but this healthy version means you can enjoy it guilt-free. Enjoy something a little different for dinner tonight! 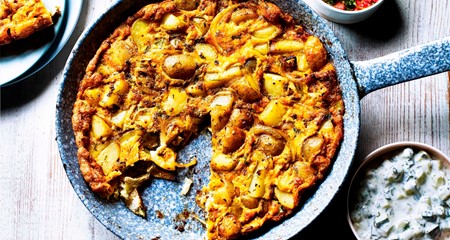 Enjoy a taste of India with this aromatic Bombay Potato Frittata. Deliciously smooth potatoes complimented by spices of cumin, chili and ginger make this dish a perfect choice for an exciting mid-week meal. Serve with tangy tomato chutney or cooling raita for an extra special touch. 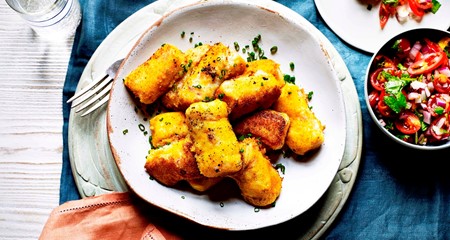 This recipe is such a crowd pleaser! The combination of a strong cheese, ham and silky potato makes for a delicious snack that is surprisingly quick to whip up.